Race in the Classroom: Teacher and Student Find Their Voices 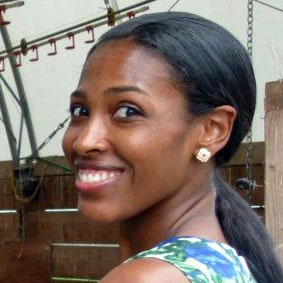 This is the journey.

Once, there was a nine-year old girl who wanted to dye her hair blond and wash her brown skin away. Her classroom was a sea of whiteness and her teachers filled her head with Fitzgerald, Shakespeare, and Austen. The Classics. She fell in love with their stories — quests for self-knowledge or tales of unrequited love, and their characters — the brazen Elizabeth Bennet was her favorite. But she never fell in love with herself. Rather, the stories had concretized a dissonance between the world of people she adored and her own reflection.

In 2012, this brown girl, now a teacher in another sea of whiteness, attended SEED. She arrived with folded arms and a guarded face, still hiding her nine-year old self and pain deep inside. At SEED, she spent seven days hearing stories. Stories from the facilitators, other attendees, and eventually, from herself. Stories from people with dark, kinky hair, people with hazel skin, people whose mother tongues took root in other countries. Stories about belonging, authenticity, and systems of power. These stories unlocked her child self and set her free. These windows and mirrors gave rise to a new teacher who had the courage to name her strength and claim her brown skin.

Upon returning to school, she taught a nine-year old girl, Ria, who questioned her brownness and beauty and self. With SEED foremost in her mind, the teacher filled the classroom with new stories. Stories about Japanese immigrant families negotiating assimilation, a young girl who aspired to be a scientist at the turn of the century, and an African-American family fighting for equal access during the Depression. Stories about her own teenage self who hated her curly hair, and stories from her students about their own journeys of self-discovery. Together, she and Ria wrote a new story — of validation and acceptance — and past wounds began to heal while new paths formed ahead of them. They wrote a story where every voice had power and every skin tone had beauty.

This is our journey.

I am proud to have been part if SEED xii. And to see how far we've progressed. The Still Small Voice us becoming a roar!

0 Cancel Reply
I am proud to have been part if SEED xii. And to see how far we've progressed. The Still Small Voice us becoming a roar!
Cancel Update Comment

I am so touched by Ria. What a message she shares. Thank you for this.