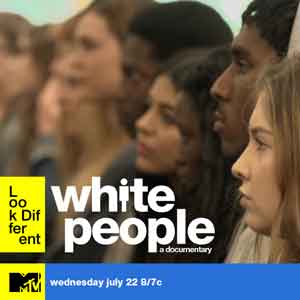 In order to further such conversations on race, Peggy McIntosh has recently made her classic article, "White Privilege: Unpacking the Invisible Knapsack," available online to the public for the first time in an authorized version that doesn't require registration. She is also posting the longer article from which it came, "White Privilege and Male Privilege: A Personal Account of Coming to See Correspondences Through Work in Women's Studies" and "Some Notes for Facilitators on Presenting My White Privilege Papers," a guide for those using her work. All of these pieces may be found at the SEED website.

White People premieres Wednesday, July 22 at 8:00 p.m. ET /PT on MTV and will be simultaneously available on MTV.com, the MTV App, MTV's Facebook page and its YouTube channel, as well as the following morning on iTunes, Amazon Instant Video and MTV's Video On Demand services.

Tweet
Tags:
Other SEED News
Welcome to the 1st Session of the 29th Year of SEE...
"White Privilege: Unpacking the Invisible Knapsack...