Serial Testimony as a Tool for Discussing Sensitive Racial Topics 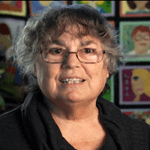 Two of the SEED practices used in faculty seminars and then applied to the classroom are circle talk, where each participant has the opportunity to speak (or not) on a topic for a given time without interruption, and Serial Testimony, where each person has the opportunity to share their ideas, experience, or opinions as if no one in the circle has spoken previously. This is a story about a time when circle talk and Serial Testimony, by honoring each student’s opinions and experience, helped prevent chaos and perhaps violence.

I was teaching at a challenging school — an alternative public school with only 230 K-8th graders. Mixed racially and ethnically, the students were from working class or under class families. The year I joined this faculty the school district had identified this school as a good place for at-risk students because of its small size and caring faculty, and had abruptly added thirty at-risk transfer students to a middle school of only 60 students. Many of these students had problems with drugs and gangs, and had already been expelled from one or two other middle schools.

The television news programs had announced the night before that the O.J. Simpson jury had reached a verdict, which would be announced on television at ten o'clock this morning. . . . That left me just half an hour before class to create a classroom climate that could accommodate the strong feelings my students had about this celebrated trial.

I was driving to school in the early morning and was worried. The television news programs had announced the night before that the O.J. Simpson jury had reached a verdict, which would be announced on television at ten o'clock this morning. Because our students were on a late bus run, our class would not begin until nine-thirty. That left me just half an hour before class to create a classroom climate that could accommodate the strong feelings my students had about this celebrated trial.

We had been building community since the beginning of the school year. Students were accustomed to Class Meetings, where we sat in a circle and listened to each other’s ideas and experiences with respect. It had been a slow, seemingly uphill process. Interruption was so natural for the students.

On my drive to school that fine June morning, I worried about what my day would look like no matter what the jury decided. This year I had already witnessed physical and verbal violence, had my tires slashed, and my classroom couch butchered beyond repair with a razor. The stakes were high. Thirty minutes was not a lot of time to get ready. When I got to school, I pushed the tables aside and arranged the chairs in a circle before the students came up from the schoolyard. I rolled the television out of the closet and plugged it in at the side of the room. I asked the students as they entered the room to leave their binders and backpacks on the tables, and to come sit in the circle, unencumbered.

"I'm sure you know from last night's news that the O.J. Simpson verdict is going to be announced today at ten o'clock," I began, "And I know many of you may have strong feelings about this verdict. We are going to spend thirty minutes going around our circle, giving people an opportunity to say whether they think O.J. is guilty or not guilty. Remember that each person has a right to speak, even if you disagree with them, and each person has a right to pass if they don't feel like sharing."

The first time we went around the circle, only about half the students spoke, but they spoke with passion. Many of my African American students felt that O.J. was innocent, but not all of them. Pearl and Olga, identical twins who had spent time putting colorful beads in each other's many braids, each said thoughtfully that they didn't care one way or the other which way the jury voted, but they felt sorry for their mother if the verdict was not guilty because she felt so strongly against O.J. because of the way he treated his wife.

Each time a student spoke, I fed his or her lines back to him/her, to show that he/she had been heard. "So, what I hear you saying is that you don't have strong feelings yourself, but you are aware that your mother is very invested in the outcome of this trial, and she feels strongly that O.J. is guilty. Is that correct?"

"So, what I hear you saying is that you believe the evidence against O.J. was planted because he was a rich and famous black man, and that he deserves to be free. Is that correct?"

"So, what I hear you saying is that even if O.J. did it, he should be allowed to go free, because of all the black men who have been falsely accused and imprisoned in the past. Is that correct?"

"So, what I hear you saying is that you believe the evidence proves O.J. killed his wife and you think the jury should give a guilty sentence. Is that correct?"

The class was divided, but it was not divided along racial lines.

I was listening carefully, and I tried to restate their opinions fairly whether I agreed with them or not. The second time around the circle, almost everyone chose to speak. I felt that my Latino, Asian, and white students had held back, not wanting to go against their African American classmates. This was such a loaded topic. But once they heard other African American students say they thought O.J. was guilty, they felt easier sharing their opinions. The class was divided, but it was not divided along racial lines. About half thought O.J. was guilty and about half thought he was not. When it was my turn in the circle, I chose to pass. We had about fifteen minutes left. Because I had checked out the only television on this floor of the school, other adults who worked in our small school began to come quietly into the classroom. The head teacher, the counselor, the janitor, and two paraprofessionals sat expectantly on the couch. We went around the circle a third time, and this time I asked people to share how they might feel if the verdict was not what they hoped for. Each student spoke this time. Again, I fed back to them what I heard.

"You will feel sad?"

"You will be mad and scared?"

We had reached common ground. Everyone had strong feelings. "So class, what I am noticing is that no matter what this verdict is, many people in this class will feel angry or sad or disappointed, and others will feel relieved and happy. I wonder if we can agree ahead of time, before the verdict is announced, that we will be sensitive to these feelings, and remember that even if we agree with the jury, others in this class will disagree.” The students looked around the circle into each other’s eyes and solemnly agreed to remember. It had been a thirty minutes well spent.

One of the other middle school classes had burst out of their classroom door, and students were running through the halls yelling and banging on lockers. The other adults left to restore order. Our class remained in the circle and continued to share.

"I am going to turn the television on at ten o'clock," I told them, "And I will turn if OFF as soon as the verdict is announced. I want to hear YOUR reactions and opinions, not the reactions and opinions of the news announcers or the lawyers. We will continue going around the circle for as long as it takes, until everyone has said everything they want to say on the subject. Agreed?" Again, students nodded their assent and promised to listen.

Everyone was attentive when I turned on the television, and we saw the now famous verdict announced. A few of my students started to leap out of their seats, cheering and pumping their arms, but they checked themselves. They sat back down with big grins on their faces, but they contained themselves and followed the class agreements. One of the other middle school classes had burst out of their classroom door, and students were running through the halls yelling and banging on lockers. The other adults left to restore order. Our class remained in the circle and continued to share.