We're excited to announce another new opportunity for previously trained SEED leaders. ReSEED: Revisit, Renew, Recharge will be a three-day gathering for SEED leaders to reunite and recharge at a time when our work in educational equity is as urgently needed as ever. More specifically, we will be working on sharing and developing our facilitation skills both through session planning and through exercises modeling challenging situations during SEED seminars. 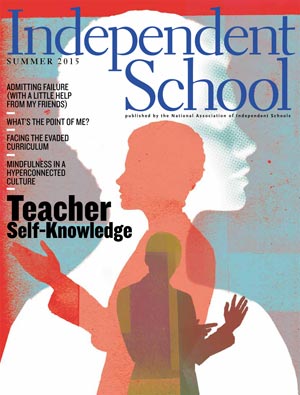 The Summer 2015 issue of Independent School, on the theme of "Teacher Self-Knowledge," was encouraged by SEED Founder Peggy McIntosh and SEED, writes editor Michael Brosnan, and contains several pieces by McIntosh and other SEED leaders.