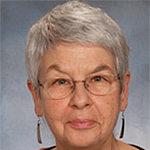 When I think about my forty-plus years of work so far, what I picture is a patchwork quilt.

Because I have co-directed SEED from its beginning, SEED draws from many of my patches even as SEED has, in so many ways, stitched me together.

In one life-patch — I’m an English Education major at Calvin College in Grand Rapids, Michigan, privileged to co-teach American Literature in the Upward Bound program with an older, wiser African-American colleague. As a 20-year-old white student, I had an abundance of moments when it became clear that “I didn’t know what I didn’t know.” Certainly it was true for me then — as it still is now — that to teach is to learn.

After I graduated from college, my first job was as an English teacher at Eastern Christian. This Dutch Calvinist high school in a New Jersey suburb was similar to the one I had attended in Kalamazoo, Michigan. My work in SEED is influenced by the ethnic faith tradition in which I was raised — where cross-generational congregational singing gave everyone voice, where liturgical structures could be creative, and where — regularly — there was the challenge of how to “walk the talk” to honor the location of the spiritual in everyone. However, this tradition did not allow women as ministers until 2007, 30 years after I had earned my Masters degree from NYU.

Always for me, interacting with students has held great joy. When I was carrying my first child, I was so enamored of teaching freshmen I would tell people — I hope this baby comes out 14!

When my first-born was little, I taught part-time in the Evening High School in Passaic, NJ. I was also a Teacher Corps Associate at the University of Wisconsin-Madison. Every two months, across one year, I spent a residential week there with a cohort of 30 teachers from across the country, all “outsiders” as women or people of color or rural educators. In that intense context, I also had many moments when it became clear that “I didn’t know what I didn’t know” as we were all learning from each other’s lives as well as from other scholarship.

I added another patch to my quilt of a teaching career when I became the English/Social Studies teacher in the P.R.E.P. (Preparation for Responsible Early Parenting) Program at the YWCA in Passaic, NJ. That school year I had 30 babies — including one of my own, my second daughter.

During the next 11 years I taught public high school in Madison, NJ. Scott McVay of the Geraldine R. Dodge Foundation was exploring the idea of holding a Poetry Festival, and invited English teachers to submit an essay. Mine began: “Imagine the CLASSROOM as a POETIC PLACE.” It created a place for me on the Teacher Advisory Board for the first (1986) Dodge Poetry Festival, a multi-cultural biennial event that continues to this day. My poem “Sarah’s Song” was born from multiple aspects of myself at that time. Now, as a grandparent, I still believe with Audre Lorde that “poetry is not a luxury” but is one of life’s basics.

The Dodge Foundation also sponsored a year-long, monthly seminar conducted by Peggy McIntosh. After writing another essay, I was among the 25 teachers selected to participate. As a feminist, I found that Peggy’s theoretical work on “Interactive Phases of Curricular and Personal Re-vision” gave me language for the dissonance I felt with a feminist department head whose pedagogical practice was so at odds with my own. To this day, working with Peggy encompasses and extends the balance of exegesis and application I first learned from listening to sermons twice a Sunday during my childhood.

I did National and New Jersey SEED work full time for the next 11 years, a life-patch which included extensive work with educators in the School District of Philadelphia; Healing the Heart of Diversity work with the Fetzer Institute; adjunct undergraduate teaching for Cornell University, off-site at Mt. Sinai Hospital in New York City — as well as adjunct teaching at NYU’s Wagner Graduate School of Public Service.

Across this stretch of time, I also created a book about my mother by documenting her life the way I had been taught in school to study important people — although prior to taking Women’s Studies courses, I thought she “never did anything; she just had seven kids.”

Then, in 2003 — I got another chance to teach 14-year-olds — this time at the public high school in Westfield, NJ. How could I resist? The philosophy of education I had detailed in a 1986 poem, “The Quilting Challenge: for every classroom,” had been reinforced by my years of SEED leadership experience. However, classroom complexity holds more than quilted warmth. Another poem of mine, “Silenced by Shakespeare Class,” wrestles with my working-class background and being the first in my family to attend college.

From its beginning and continuing, SEED work is for me — locally and nationally — both nourishing and challenging. Like pregnancy, which also takes nine months, I trust the process by which (to use Peggy’s phrasing) its “deeply personal group work” delivers.