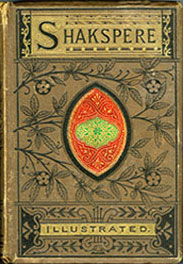 I never noticed silence, I had much to say
comfortable with being, at home in school

As a sophomore in college, my hand refused to go up
I became silent, studying Shakespeare
in a class where everyone’s English was schooled-to-be
smarter than me

I was silent, unable to understand even
the questions asked by other students
whose parents had once been in college
where my parents had never been … but I became their daughter then,
silenced in school, not at-home there

Learning for the first time
the meaning of class,
joining “the silent majority”
on the other side
of the great divide
between those who “participated” in class,
and those who did not …

Now, years later, as teacher with classes of my own,
I listen for/in/to multi-cultural silences,
embracing many ways of being,
even Shakespeare’s